This content has been archived. It may no longer be relevant

The 2019 United Nations report on biodiversity identified that up to one million species globally face extinction in coming decades. Australia is not immune, with 1,600 species that are currently threatened.

The ACT is home to two critically-endangered ecological communities with 52 threatened species. Natural Temperate Grasslands and Yellow Box-Blakely’s Red Gum Grassy Woodlands are especially important given their national significance, as well as their intrinsic value and amenity they bring to our city.

Threatened by urban development, invasive species and climate change, these areas of conservation value in the ACT should now be protected. “Poor and deteriorating”: The State of Environment Report 2021

Australia’s environment is deteriorating and Canberra - the ‘bush capital’ - is no exception. The Bogong moths that once visited our city twice a year in their millions, are a memory - we’re lucky to see a couple each season; the beloved Gang-gang Cockatoo, our faunal... What next for Lawson grasslands?

The protection of critically-endangered ecological communities is what sits at the heart of the fight to protect Lawson Grasslands from Defence Housing Australia’s proposed housing development  project. At the Federal election this issue was given local prominence as a defence housing project was drawn into the election battle in a bid to save Canberra’s (often overlooked) grasslands. The people have spoken – and they are demanding climate action!

Is the 2022 federal election result a watershed moment in Australian politics? The turning point when the existential threat posed by climate change has finally risen to great enough prominence in the minds of enough Australians that we will no longer tolerate... 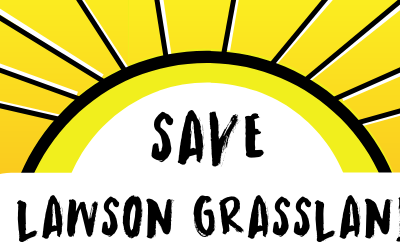 Rally to Save Lawson Grasslands!

Join us on May 7 at the Community Rally to call for the protection of Lawson grasslands. Why mature trees have special value in the ACT’s environment

Trees sit at the heart of environmental activism. They symbolise so much that is healthy about the environment, here in Australia and around the world. They oxygenate the air for us. They provide habitat for animals and birds. They provide shelter and resources for...