Riverview: Mechanisms and principles to protect environment and heritage values The Riverview urban development proposal is a complex large project straddling the boundary of the ACT and NSW. The Conservation Council has been involved in various informal and formal processes over some years. We have always considered it important that any urban development here be carefully considered due to the proximity of significant woodlands, the River Corridor and habitat for a range of threatened species. The Riverview proposal has two land components — ACT land and NSW land. The ACT side has development approval from the ACT Government. The NSW land will go through further planning approvals over the next year via Yass Valley Council and NSW Planning Minister. The current NSW development area map is indicative only. It was prepared in order for relevant authorities to have a conversation about ‘infrastructure’ and to pass a gateway for further planning work. The final map will be the subject of formal public consultation. Both ACT approval and any future NSW approvals will also be subject to Commonwealth approval and potential conditions via a Strategic Assessment currently in process under the Environment Protection and Biodiversity Conservation Act (Cth). In short the boundaries are yet to be finalised.

A key feature of planning for the ACT side was that the proposed urban boundary was based on extensive ecological studies then followed up with ground-truthing. This stands in contrast with other ACT urban developments such as Molonglo where the lines were drawn on maps before full consideration of environmental values. In addition, ecological studies for the ACT area were peer reviewed by independent consultants. Also, impacts on Matters of National Environment significance have been minimised so only a very small number of “biodiversity offsets” are required.

The Conservation Council wants the same principles applied in the NSW section. To this end we have recognised the need for further studies into both environmental and Aboriginal cultural heritage values. We also support these studies being peer reviewed. In 2015 we were part of a process recommending additional ecological studies be undertaken and we supported our member group Ginninderra Catchment Group being funded by Riverview to conduct some of these studies. Various other studies are still currently in process.

On the NSW side we are yet to form an opinion until these studies have been concluded and appropriately reviewed. We do not support “blanket” buffer lines, for example 500 metres. While that might get more space into conservation in some parts, in other places we would lose valuable areas. The lines and buffers need to be scientifically based and there is no formula that fits all. 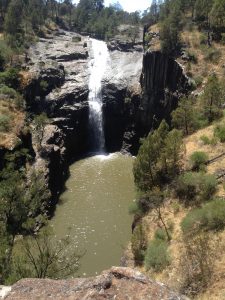 There might also be value in not being too definite about some of the boundaries in NSW – allowing a grey area – in order for long-term monitoring, particularly of the Rosenberg’s Goanna, to determine the final line. Such an approach should adopt the precautionary principle – no urban development in the areas under scrutiny unless such monitoring demonstrates there will not be adverse impacts on ecological values.

Another key issue is adequate ongoing management of land of ecological or cultural value after it is declared as protected. Riverview has developed an innovative “Trust” proposal and is already well-advanced on a draft Management Plan for the proposed reserve and River Corridor and this also will be subject to public consultation. Again contrast this with Molonglo where, with at least three suburbs well-developed, we are still waiting to see the draft Plan of Management for the Molonglo River Corridor.

We need to acknowledge some of the competing visions. The Conservation Council’s first interest was to ensure minimal impacts on the River Corridor, on Matters of National Environment Significance and local threatened species, our second interest was good “urban edge” management principles, our third was in sustainable built form, and finally in balancing ‘access’ to the Ginninderra Falls while ensuring low impact ‘tourism’ and safety.

So there are various balancing acts in this process. In regard to Ginninderra Falls, it seems all parties support creating community access, yet there are significant questions about safe access, ensuring minimal impacts on the River Corridor, the type of ‘tourist’ facilities, the exact size / location of the buffers, type of land tenure (should it be called a National Park?), and how it will be managed, with some discussion still occurring on the proposed ‘Trust’ model.

[* This article was produced for the National Parks Association of the ACT newsletter. Space was limited and the article does not include all issues which we have raised including transport, water sensitive urban design and urban agriculture. There is more discussion of these issues in Conservation Council Submission on TP DV351 and NCP DA85 West Belconnen Urban Development].