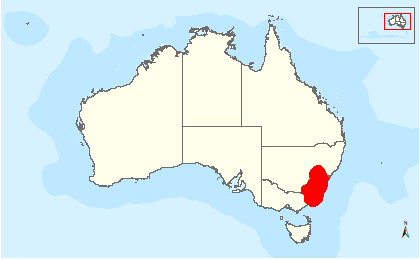 In April 2016 the previously listed Natural Temperate Grassland of the Southern Tablelands of NSW and the ACT was replaced by a new listing and definition. The revised listing has extended its distribution and range, altitude, habitat and threatened status. It is now defined as Temperate Grassland of the South-Eastern Highlands, a critically endangered community, under Commonwealth legislation (EPBC Act). Distribution ranges from Orange and beyond in the north to East Gippsland in Victoria, west to beyond Tumut and east to the Dividing Range. It is found from 350 m to 1200 m in altitude, but does not include alpine treeless plains. The community occurs on a wide variety of topographic positions and soils, and is found in areas subject to cold air drainage, in frost hollows and drainage depressions, on exposed west or north facing hills, on basalt plateaux; a sub-type develops on ephemeral wetlands such as Lake George.

Quantitative criteria have been included. An area over 0.1 ha in size that is within the defined region, altitude and is apparently naturally treeless meets the criteria as the critically endangered community if it meets criteria A or B: