The ACT is failing to achieve key targets in waste minimisation and waste management and now the ACT Government is trying to lead the Territory towards waste incineration to deal with its problems. The Conservation Council has produced a briefing paper – Going backwards on reducing ACT’s waste – on some key “fails”. 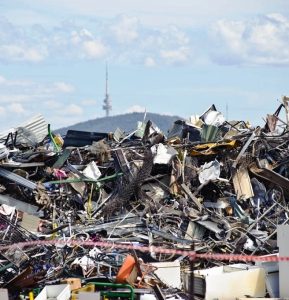 Fail#2: We also fail on reducing per capita waste generation with ongoing increases – 2.7 tonnes per person in 2014-15 compared with 1.65 tonnes in 2001-02. We are not meeting the target “to ensure the growth in ACT waste generation is less than the rate of population growth”.

Fail#3: Public reporting of our performance on meeting waste targets and waste management goals is inadequate, almost non-existent. There has not been an annual report on our waste generation or performance in meeting targets in the ACT Waste Strategy 2011-2015 despite this being a commitment of the Strategy.

Fail#4: Waste-to-energy proposals. The ACT Government has no clear guidelines or standards to assess ‘energy-to-waste’ proposals despite an inclination for such facilities to be part of our waste management strategies. A fundamental principle has to be the role of such facilities in the hierarchy of reducing waste generation, ensuring re-use and resource recovery and minimising waste to landfill.