National Threatened Species Day is on the 7th of September!

This National Threatened Species Day, help bring attention to the critically endangered species of the ACT – the Golden Sun Moth.

This, and many other species, are at risk of being even more threatened as they continue to lose important habitat. The Defence Housing Australia proposal for urban development at the grasslands at Lawson north is one of these threats.

Help us raise awareness of the importance of these little Canberra critters. There’s something for everyone!

For the grown ups 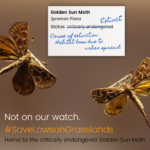 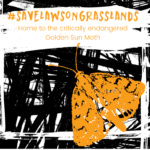 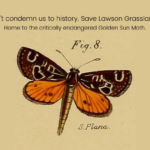 By posting and tagging your image, you’ll automatically go in the draw to win a Conservation Council T-shirt! The winner will be announced on September 14. 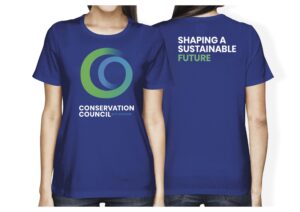 Kids, here’s your chance to get creative and while away some of that lockdown time! We’ll make sure that your wonderful work is passed on to Defence Housing Australia – to remind them how important it is to protect our local species for future generations! Choose one of the designs, specially made by Jessica Riese at NatureArt Lab in Canberra. 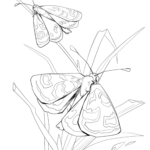 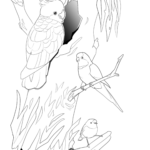 Step 2: Send in your entry

Send your entry to Peta! She will make sure your entry gets seen by the people at DHA and will put your name in the hat for the lucky draw! This year’s Threatened Species Bakeoff is on! We’ll be rolling up our sleeves to bake and decorate in support of one of our favourite Canberra critters – the Golden Sun Moth.  Vote for our entry and share on Facebook to help this little moth the attention it deserves. How you can help

Our cake celebrates one of Lawson grasslands threatened species: the Golden Sun Moth and the important role that invertebrates play as “ecosystem engineers”.

Learn more about the fight to save Lawson grasslands here.